Make Ahead (If You Want) Breakfast Burritos...Great for Camping! 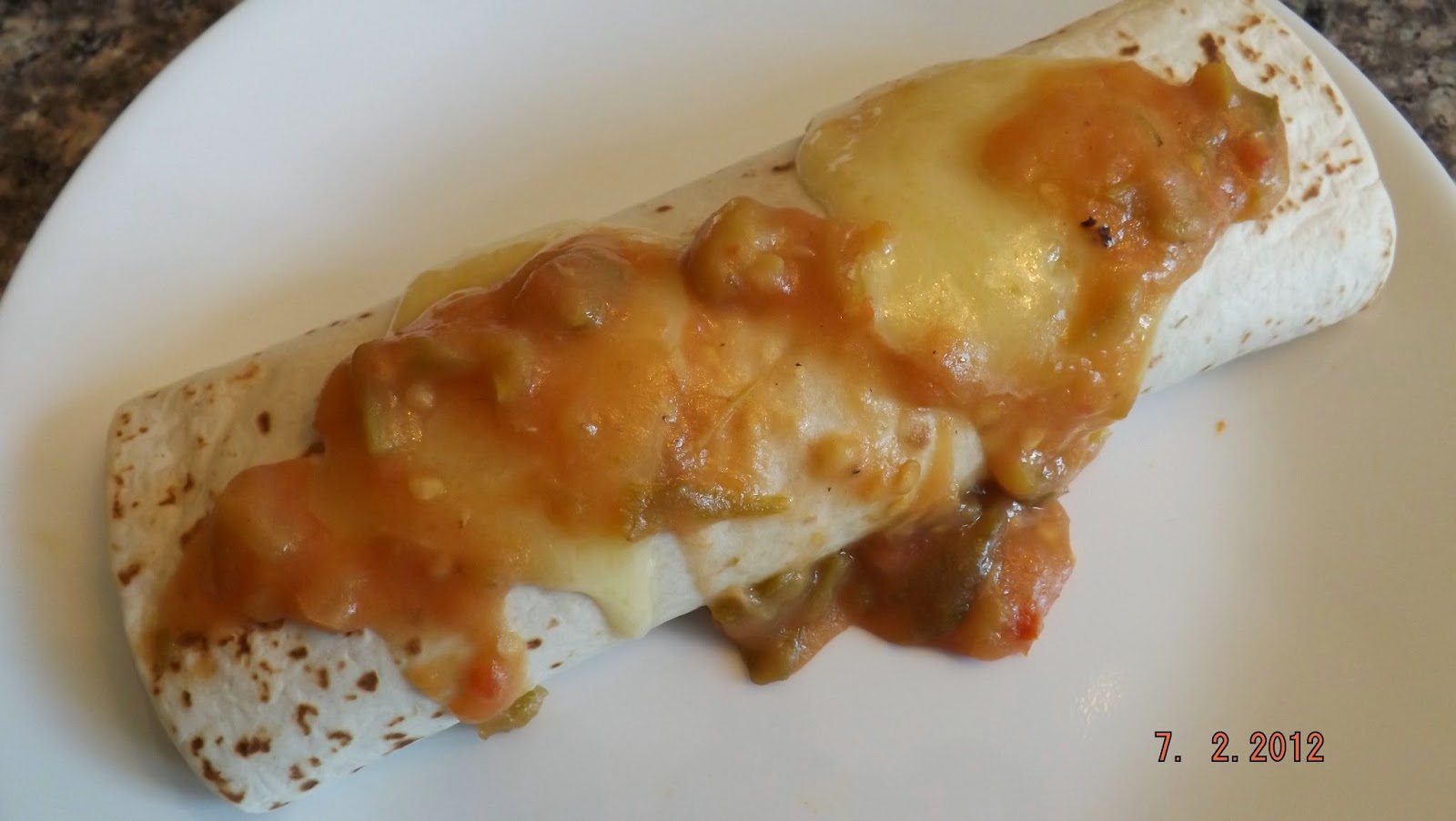 Everything I love in the world pretty much fits into a breakfast burrito! I made a huge batch of these today to bring camping with me for the 4th of July weekend. I *love* camping, and cooking while camping-but when it comes to breakfast sometimes it's nice to have something hot without too much effort. 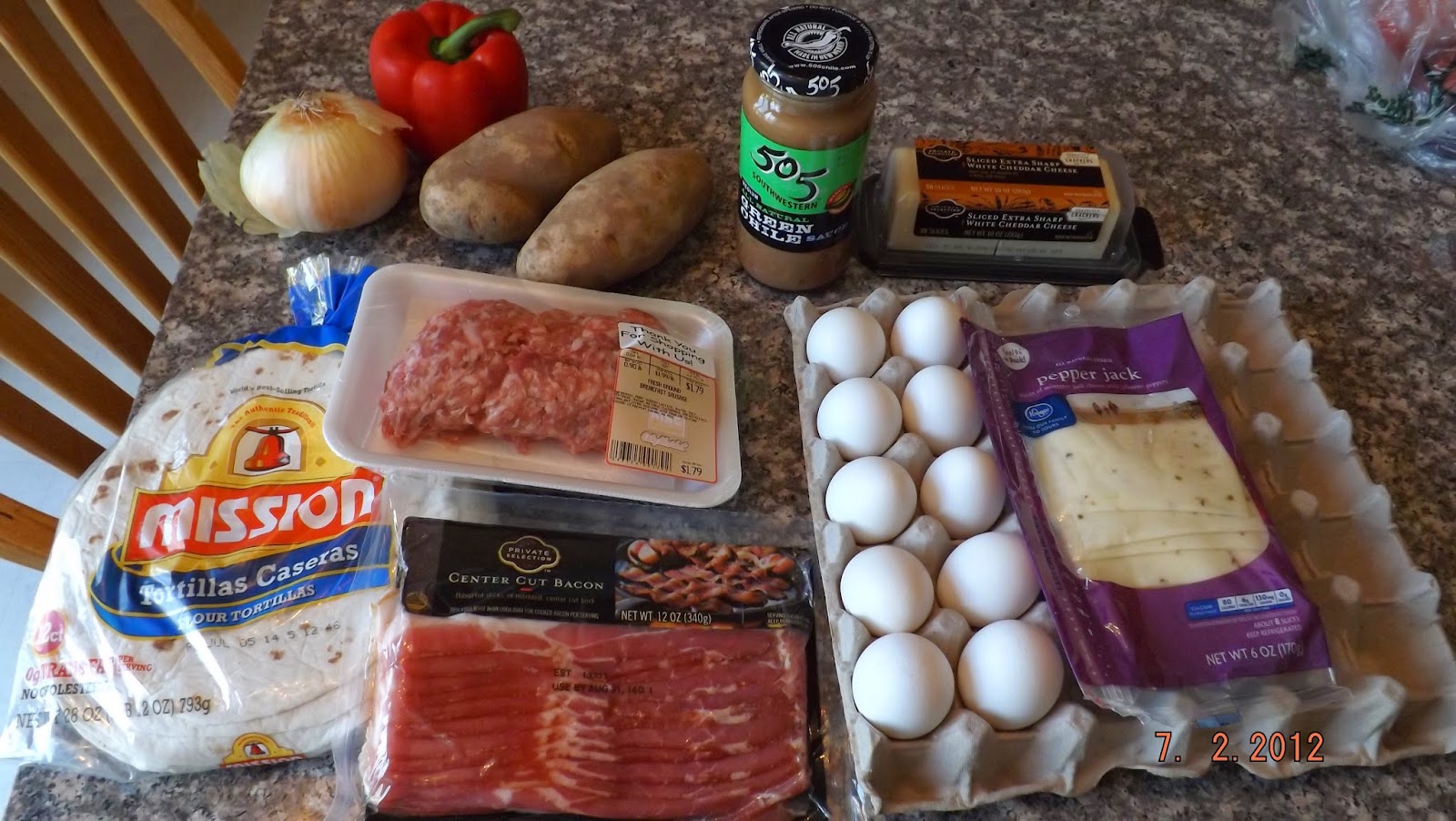 What you need/ingredients:
1 package tortillas
2 potatoes
1/2 onion, chopped
1/2 to 1 pound of breakfast sausage or bacon (I took a picture thinking I'd use both, then I realized that would be WAY too much meat, so I just used the sausage!
about 8 eggs (or more! see note)
1/2 bell pepper, chopped
jarred green chili sauce (roughly half the jar, but save some for smothering!)
cheese-I used pepperjack

*a note on eggs: this dish was not very "eggy" at ALL-you could barely taste them! I could have added a lot more, but I already was ending up with 10 breakfast burritos. If you are cooking for a crowd, go for it! If you like an "eggy" breakfast burrito you could also cut down on the other ingredients a bit. It just depends on personal preference! 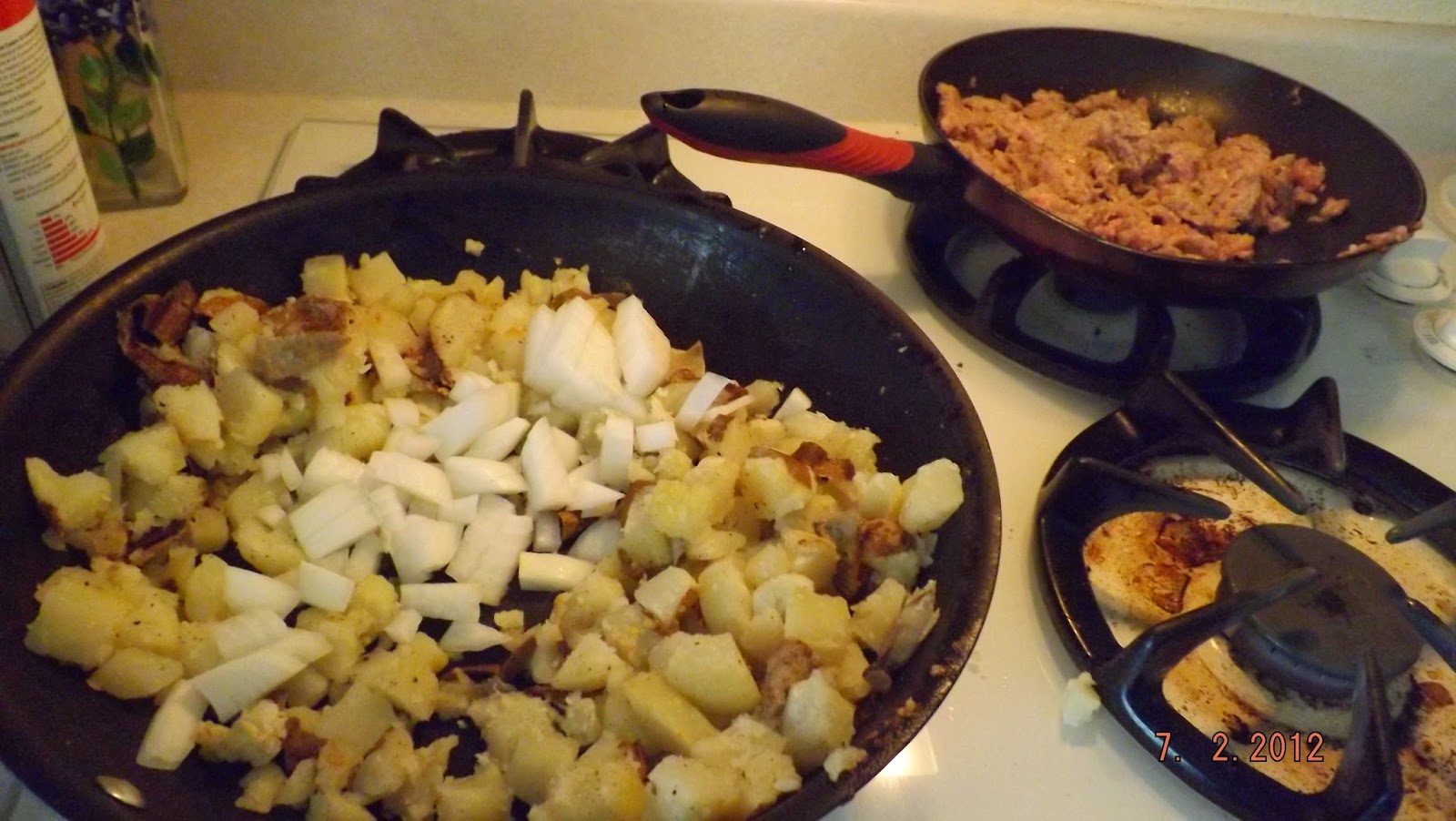 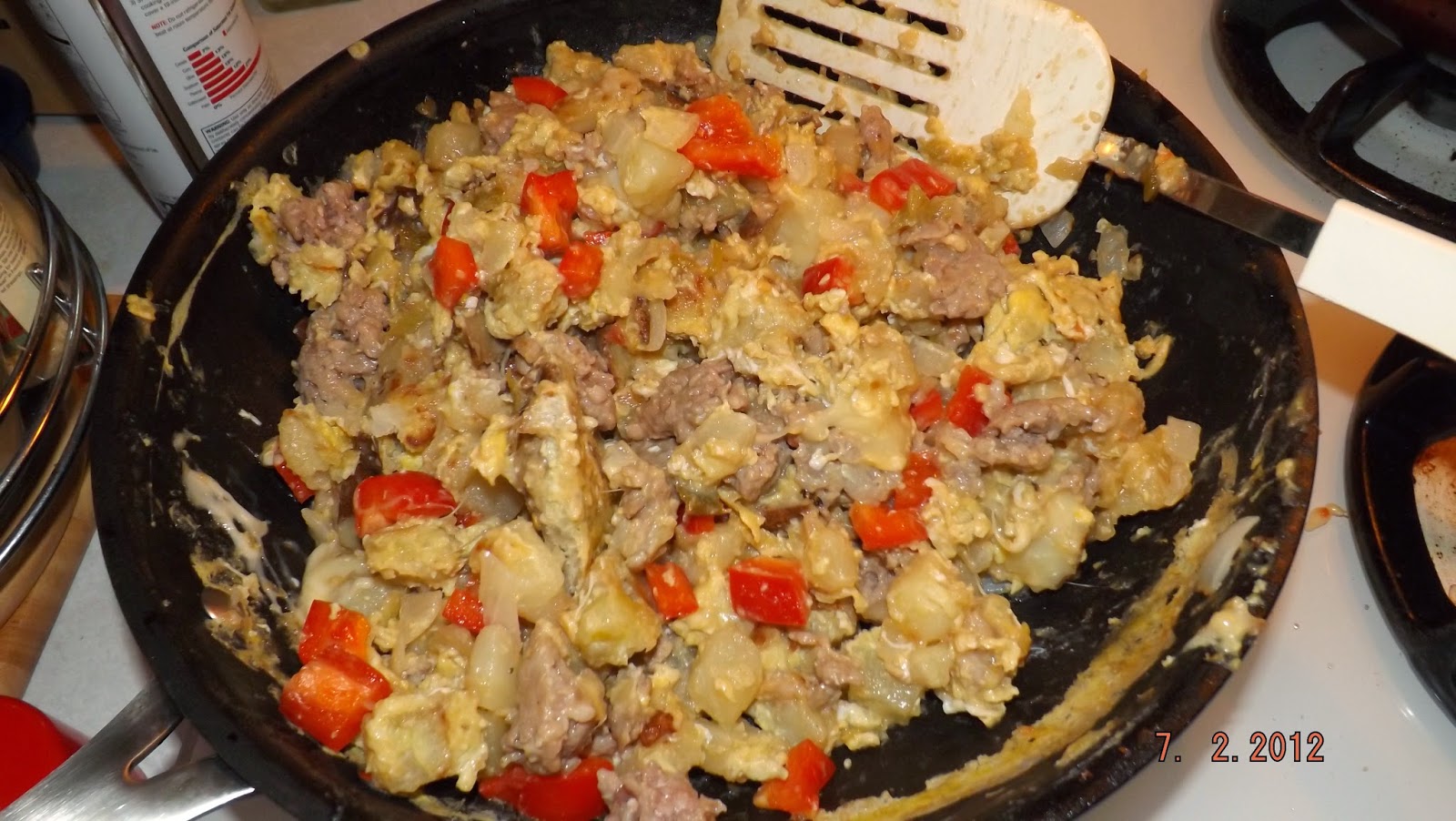 -Scrub the potatoes, poke with a fork, and pop in the microwave. I just used the "baked potato" button, but you don't want them so soft they totally fall apart when you cut them.
-While the potatoes are in the microwave, start browning meat in a small pan over medium heat.
-When potatoes are done, let them cool a bit and cube.
-In a large pan, heat some oil and add the potatoes. Let them sit enough to get brown-no need to flip constantly. When they start browning, add the onion. Once the onion is soft, add the cooked sausage (drained), bell pepper, and green chili sauce.
-Scramble the eggs up in a bowl and pour into the mix. Add in grated cheese.
-Cook over medium heat until the eggs are cooked.

If these are for now:
Load up into tortillas, roll, smother with chili and cheese if desired, put under the broiler for a couple of minutes to melt the cheese, 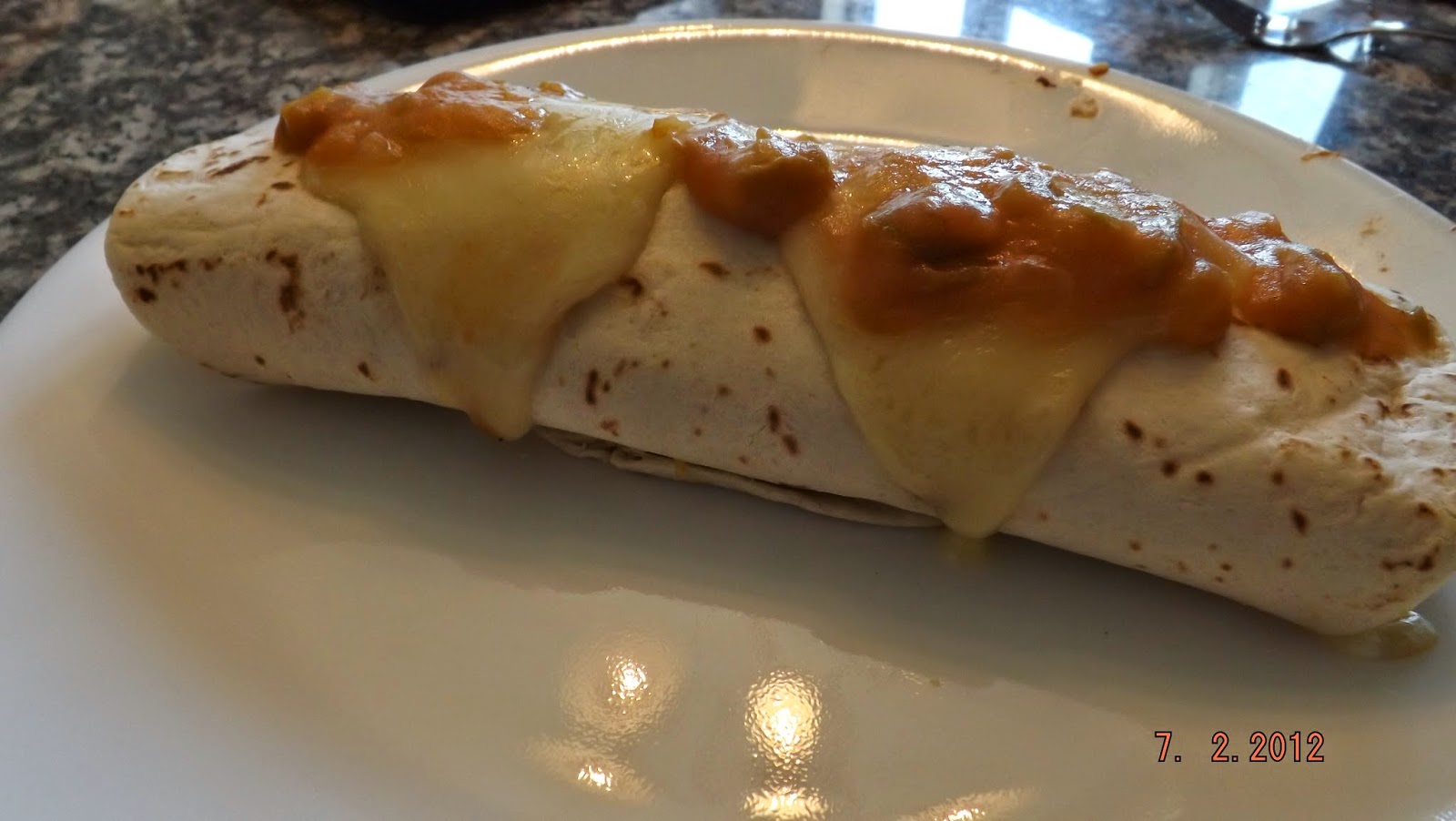 If these are for later: 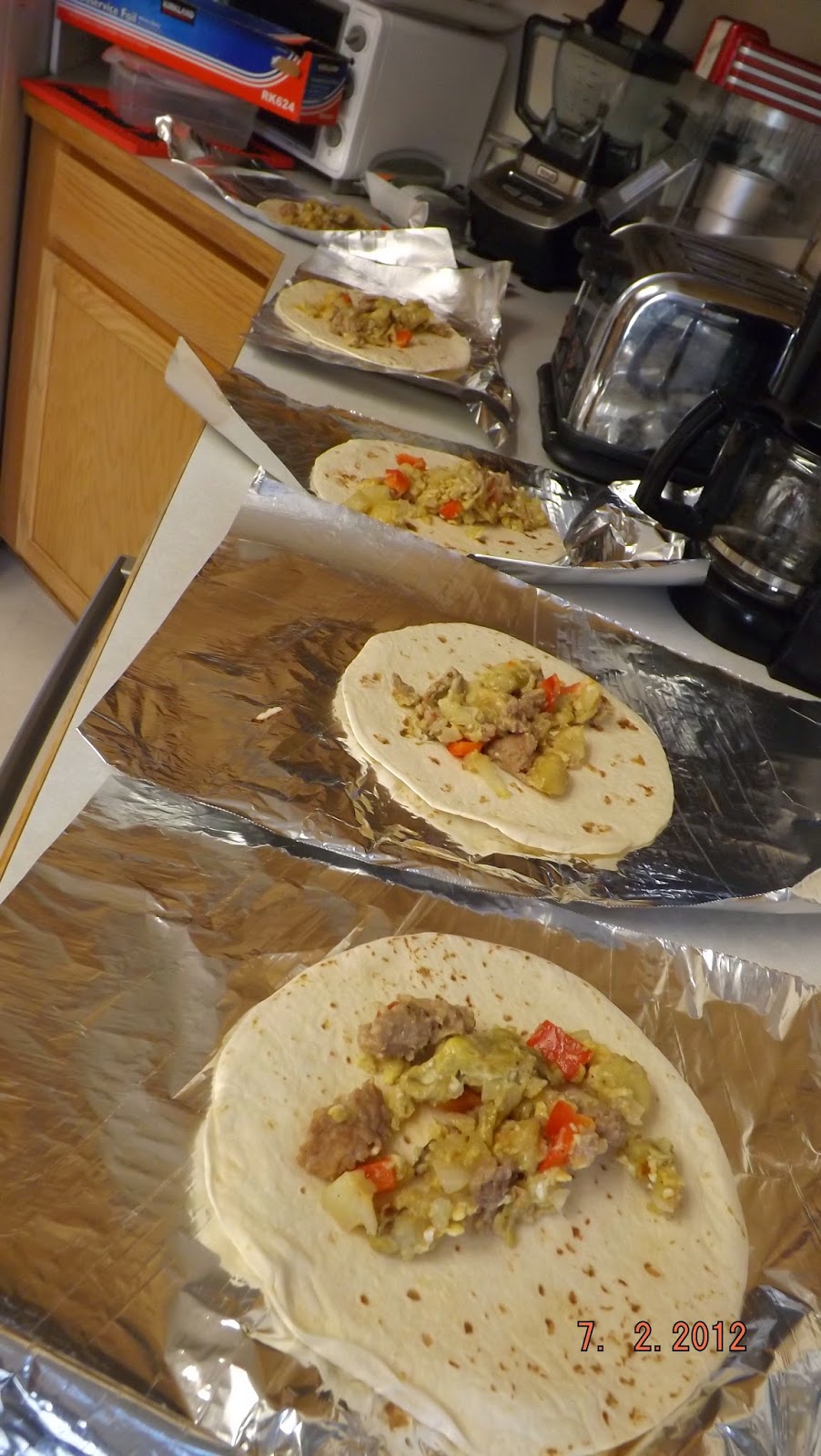 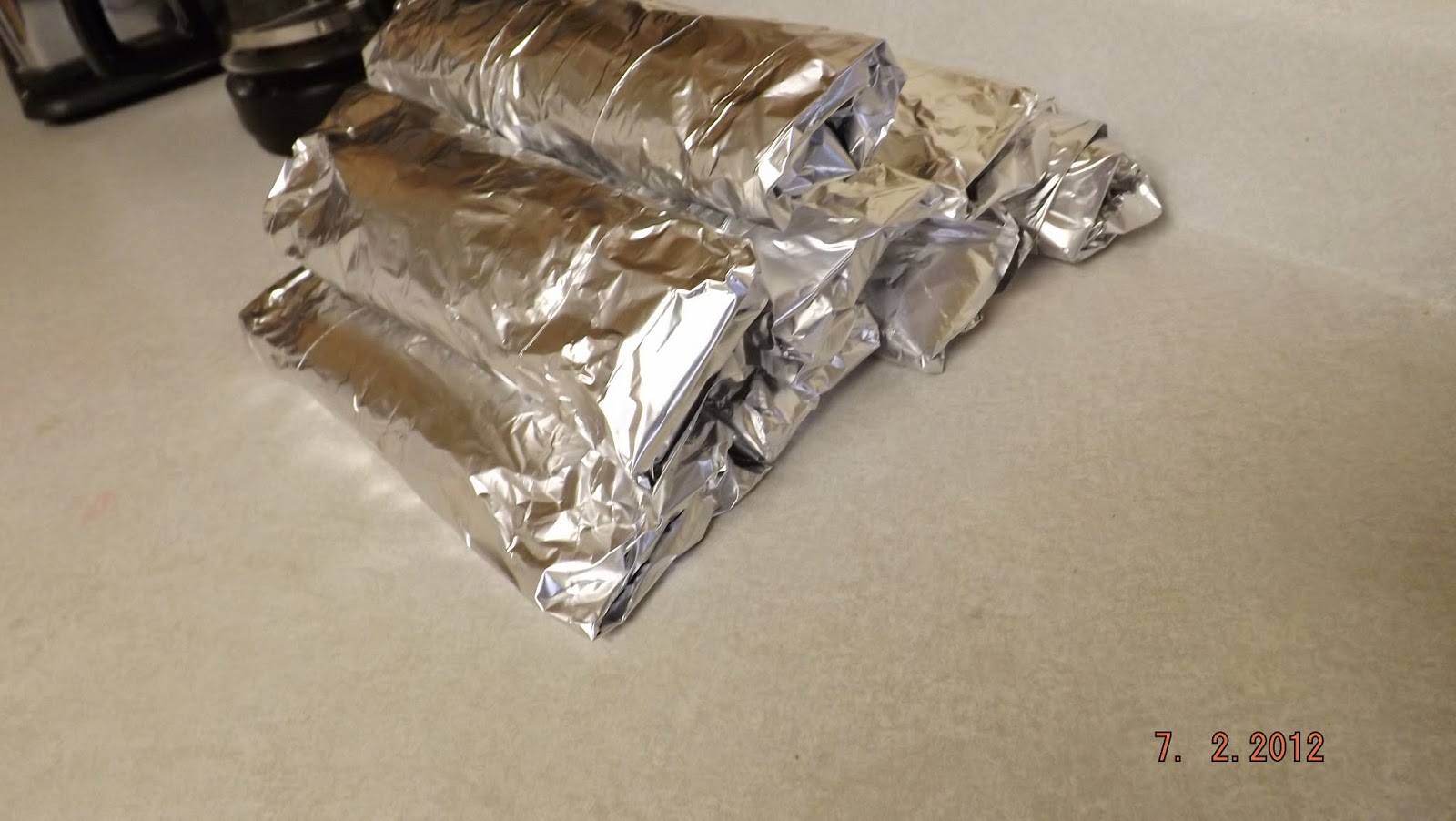 Roll into tortillas and wrap individually in foil if for camping. *TIP* If you're planning to throw these onto a campfire or grill, use some nonstick spray on the foil-otherwise it can stick! If not you can put them in a baking dish like enchiladas and pop into the oven to heat when you're ready to eat. I wrapped in foil for storage, then the baking dish when I was ready to serve-just smother in green chili and cheese and put in the oven until bubbly-it was a hit!
Posted by Linnea at 6:06 PM