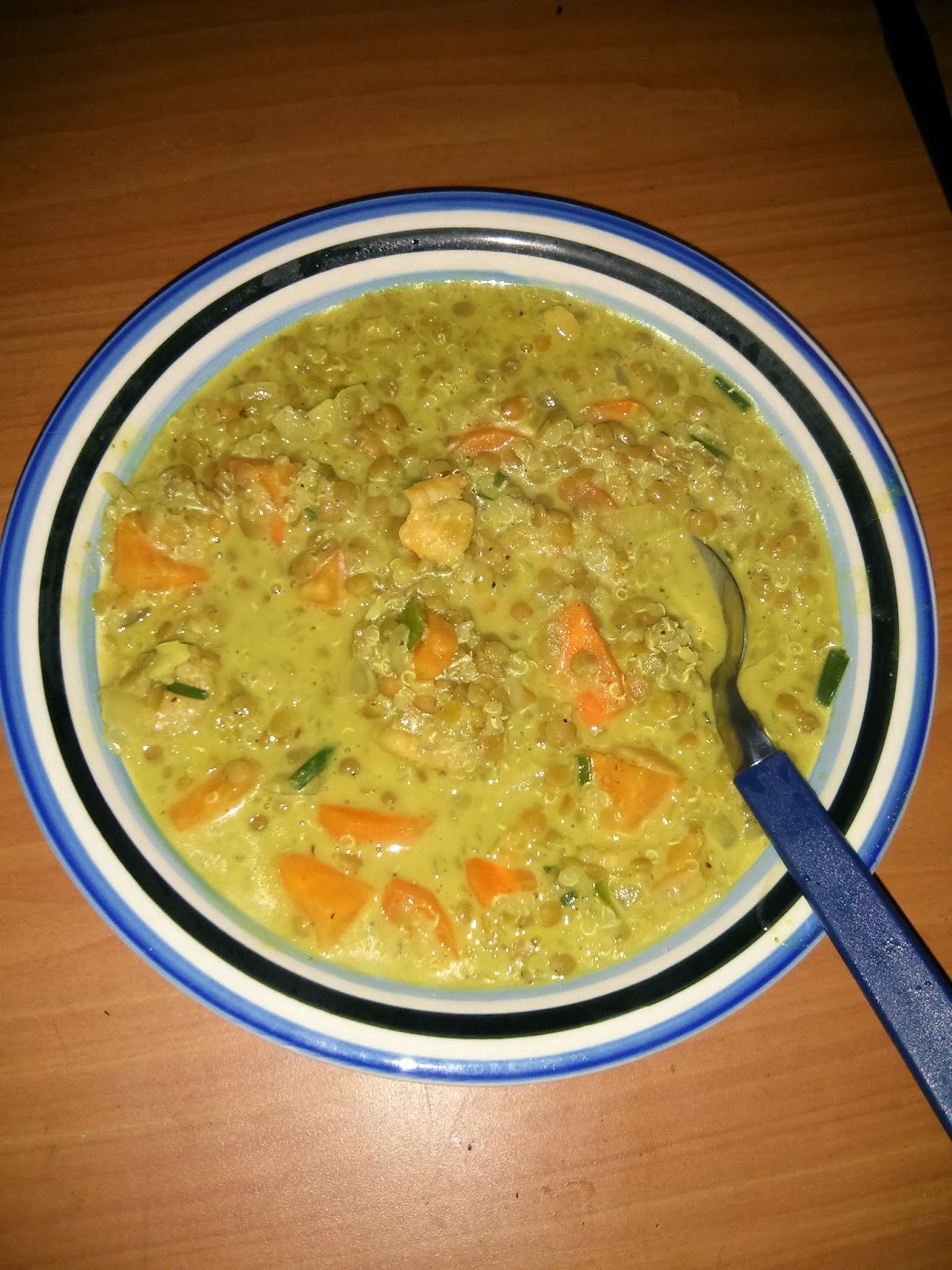 So first of all I wasn't planning on blogging this recipe, so I didn't take pictures or exactly measure things. Think of this as a "rough draft" of a recipe to come. Basically, I was cleaning out the fridge to prepare for a vacation. I recently made this yummy Garlic Butter Shrimp Quinoa recipe, from Pinch of Yum. It was really good but made a ginormous amount so I still had a lot left. And freezing quinoa? Didn't sound like a good idea. So I thought if I could add it into some kind of stew, there would be freezing potential. I found Hummusapien's Curried Quinoa Red Lentil Soup, and I made a plan. Oh yeah, since I'm not very good at following directions, and I love curry, in the Garlic Butter Shrimp recipe I used curry paste instead of chili powder, so that's why I was looking for a soup with curry flavors. In case you were wondering.

Anyway, geez, why don't I just get to the recipe already instead of blabbing on and on?

Remember how I told you this is a rough draft until I make it again with measuring and pictures and stuff? So here's kind of the gist of my recipe. I kind of mostly followed the Hummusapien recipe with the following changes: I didn't use tomatoes or almond milk. I used about 250-300 grams coconut milk and 2 cups of water and a chicken bullion cube. I also added some chopped green onions. I would have added fresh tomatoes and red bell peppers too, only they were not so fresh after all when I took them out of the fridge! Since I was using precooked quinoa, I just added it in at the end. This had a little bit of shrimp in it, but it would also be a great meatless or chicken meal. The blend of spices and flavors is delish!! I will try to incorporate some of these ideas next time I make this dish, but wanted to share it now so you can experiment, and so I don't forget.
Posted by Linnea at 6:43 PM